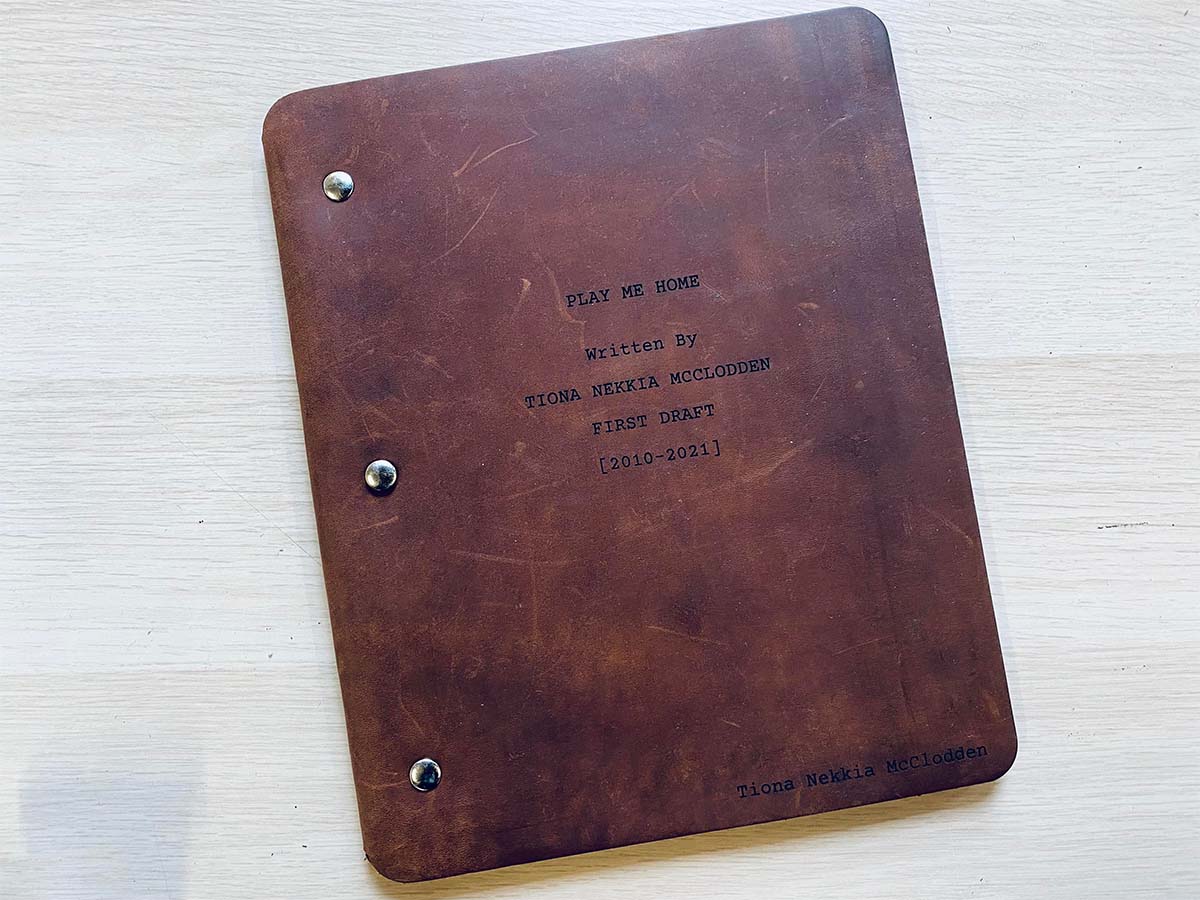 I finished the first feature length script I started to write back in 2008. I finished on a Saturday Oct 23, 2021. I first started to apply to film labs focused on writing development with the full treatment of the first 10 pages in 2011, and then abandoned it or rather set it to the side in 2012. It hurt too much.

It is an ugly and strange thing at the moment but my goodness it is MINE and the narrative is there. I can’t exactly say it hurt less to produce these 70 pages that will end up being 90 pages after rewrites. But I was at least able to manage the pain this time. Back then I remember trying to write this and the same exact feeling that arose when I foolishly tried to read Toni Morrison’s Paradise as a teen. Raw pain – like in my heart – too much grief and unfathomable angst. I mean I cried like I had been stole on. Heartbreak of another kind. What I produced wouldn’t reach the hem of Morrison’s garment but this process and feeling made me want to write about it. My heart couldn’t take it because I simply was not ready.

There are these things that we try to make but we aren’t grown enough yet. Not enough life has been lived and the experiential elements needed to make the right decisions even in fiction have not been had. This is the culprit of pretentious work. To evade this, throughout my practice as an artist and filmmaker I have often put things down. I put them down with full intent that they are not ready and that I am not ready. Sometimes I’ve thrown these things down as if hot coal in hand and other times I have set them aside and hidden them away from my own sight as if treasure. I never forget them. As I approached forty years in age I started to slow down and take a deeper look at these things and why they were put away to begin with. Was it time to try again or should they be discarded forever?

I started this film well over a decade ago. Prior to that I was trying to wrap my head around the core of the narrative and how to approach it. Play Me Home – the title of the work came first after a strange occurrence in New Orleans back in 2008. Ill write about that later..

The first iteration of this project will debut as a part of Prospect New Orleans. It's been a hard earned project that I have tried to protect despite the pitfalls of the mess of the triennial itself – I'll write more about this later too.

For now, I am in rewrites and will read the script to the public in January. Until then the work is sealed and will sit in a vitrine withing an installation as an object for me to think about, see and feel.

An IntroductionAn Explosive Charge — A Manifesto in progress