In Peripheral Vision: Two Poems and Some Sentences

We make many things together; each of us as individuals has a practice of making poems. (Though no writing is exclusively “individual” as we are impacted by the traces and trails of language inside us, by the air all around us full of words and musics, by everything we’ve read and everything we’re about to encounter.) Our own poem-making is rarely our priority. It is urgent in some ways, and infinitely delayable in others. Each of us prioritizes an interpreting job for a community group. Or helping to build a multilingual space for a pressing social cause. Or taking care of children in our lives. Or we have an impending deadline for a translation of literary work that feels more necessary because it is more important, all told, to use the resources we have to uplift voices that are not our own. Or the deadline causes it—whatever “it” may be at a particular moment—to get moved to the front burner. We are standing at the stove all the time.

We each have unpublished manuscripts written out of, into, and through our cross-language practice and cross-cultural, cross-national daily lives, which have taken place both in our home cities (Los Angeles and Houston) and in other parts of America (if you think we mean the U.S. when we use the term “America,” please think again).

Both the books we’re drawing from for this post—Grin Go Home in JP’s case, and laws in Jen’s—were written to integrate early experiences of living in Mexico, and living between English and Spanish in our home cities, and were then revised multiple times from shifting vantage points. Both projects have been widely excerpted in print and online, yet neither has found a home in print. These books are exercises in history and futurity, in vision and re-vision, in interrogating our own silence and our own speech. These books are not dead, but they might be. Zomnambulist: half zombie, half dream.

Though we have a practice of making poems together, it is a very specific process. We wanted another way to share our poem making, so we read each other poems out loud at a table where we had eaten lunch. And realized maybe we could use audio of one of us reading a poem aloud while the other wrote responses to the poem. A dialogue of sorts through poetry.

JP: I want you, Jen, to keep writing poems, and I want you to share them with other people. To not let poem-making and poem-sharing disappear, despite the political urgencies and the social catastrophes we see on a daily basis in small, hyperlocal ways and at a large national and global scale. Despite all the reasons why we might decide to stop making anything at all, especially as people who receive considerable social advantages as white and middle class.

I have been working on moving words around in a manuscript called Grin Go Home since at least 2008, but some of the words might have seeped in from even earlier than that. Probably since 2004 when I moved for a first year-long span to Northern Mexico, in that case to Tampico. I work on it in spurts, usually once a year, send and re-send the manuscript to presses I love, harvest rejections.

I wanted to read you one of the poems. You had come up with a series of questions for us to use to interview each other for this. We agreed to read each other one poem aloud; the listener would take notes toward responses to those questions. Then we’d do the same for the other person’s poem. 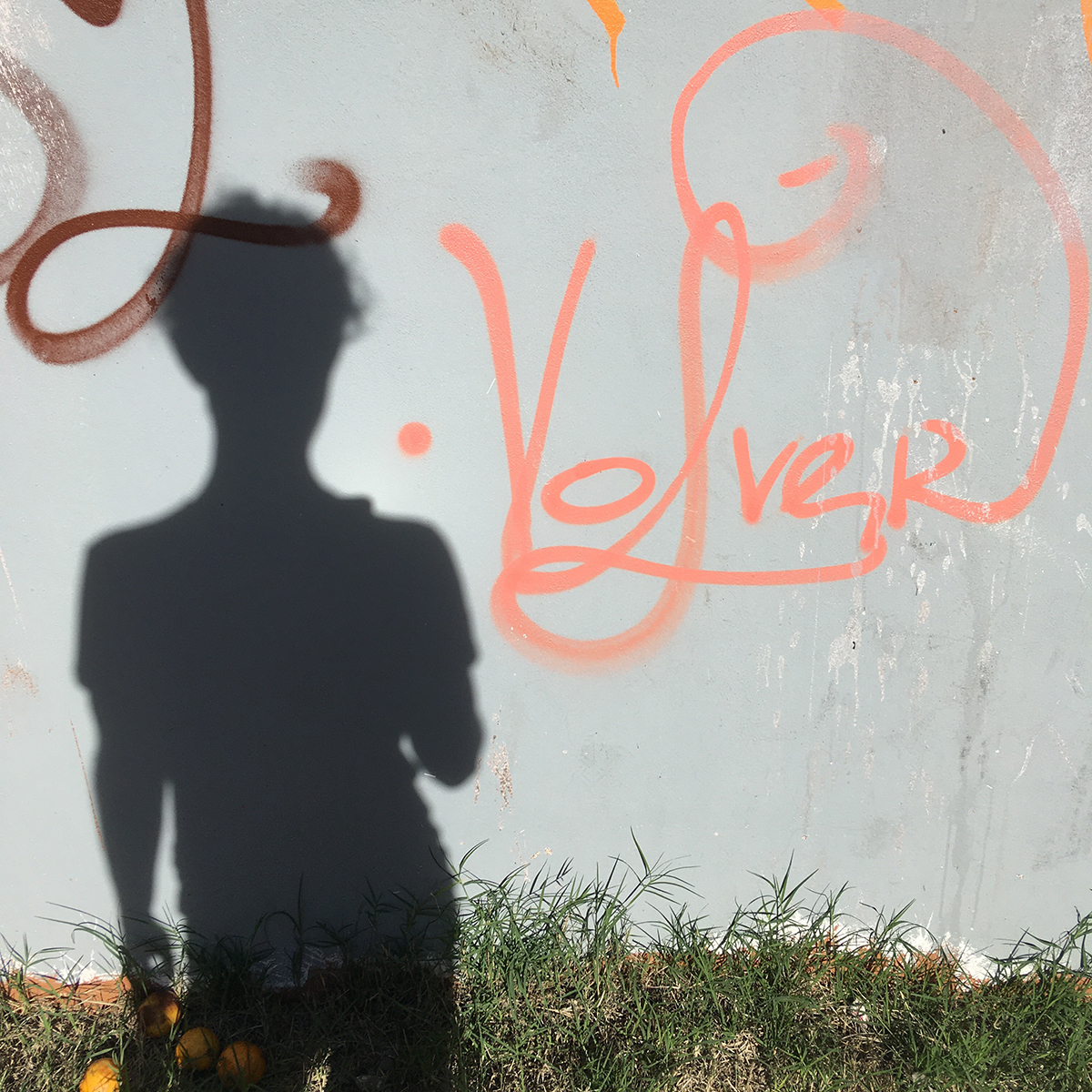 If this poem had peripheral vision, what would it see?

The wind behind the wind reinventing torrent swirl between remolinos. Also undeliverables.

If this poem were a body, how would they move through the world?

Share five words, phrases, or images that invoke how this poem acts on/through your body.

Do you imagine this poem will act similarly toward other bodies?

A rift opens between them, tugging, taking.

JP: My poems seem to exist best when I read them to one person. In that space between two people, and one person decides to read a poem. One on one. One person speaking and both people listening, intently, preferably.

Jen: Right. “A rift opens between them, tugging, taking.” laws, for me, is a fraught project. I don’t know if I’ll ever love it and I for sure don’t know if it loves me back. But here I am and here the poems are, still talking to one another. The book begins with epigraphs followed by a letter addressed to “Dear Reader”—here is an excerpt:

While I love libraries and am terminally tidy, I am a dismal archivist, which is most likely both a result and an exacerbation of the faulty and faltering workings of my memory. Though my desire to revisit “what happened” is intense, my desire to experience the happening itself is more intense—irresistibly so. In almost every instance, experience trumps documentation and I am left with a vividly cluttered, highly populated, joyfully cacophonous enthusiastic now preceded by a vaguely misty topography called “past,” the contours and crenellations of which I can never quite capture, preceding a future for which I cannot adequately prepare, and more often than not forget to take into account in any case.

Surely any book is the product of a particular past moment—or many clusters of many particularities, many pasts, many moments—for the object we now hold in our hands, or which glows on the monitor before us, is inherently not the ideas and experiences that went into the making of the object, nor is it any of the previous versions of the object that led to its becoming the object it has become. This book, however, is more a product of the past than most, as the poems were initially written in Mexico City in 1999, then left to languish, then expanded into a book in 2003 and 2004, by which time I was living in Los Angeles, where I made many additions to the text, then again left to languish despite avid interest from a generous publisher, then revised and exploded in 2008, then yet again left to languish further for no good reason, then finally prepared for publication in the middle of 2013, when I did not actually publish it. I think of this book and the meandering snail’s pace of its coming into being as an instance of the past imperfect (sometimes called the “descriptive past tense” or the “imperfect tense”), used to refer to actions in the past that occurred repeatedly or over an extended period of time or had to do with feelings or mental space, or descriptive ways of “setting the stage” for events that occurred in the past. This book is part of an ongoing process of being imperfect or becoming imperfect. 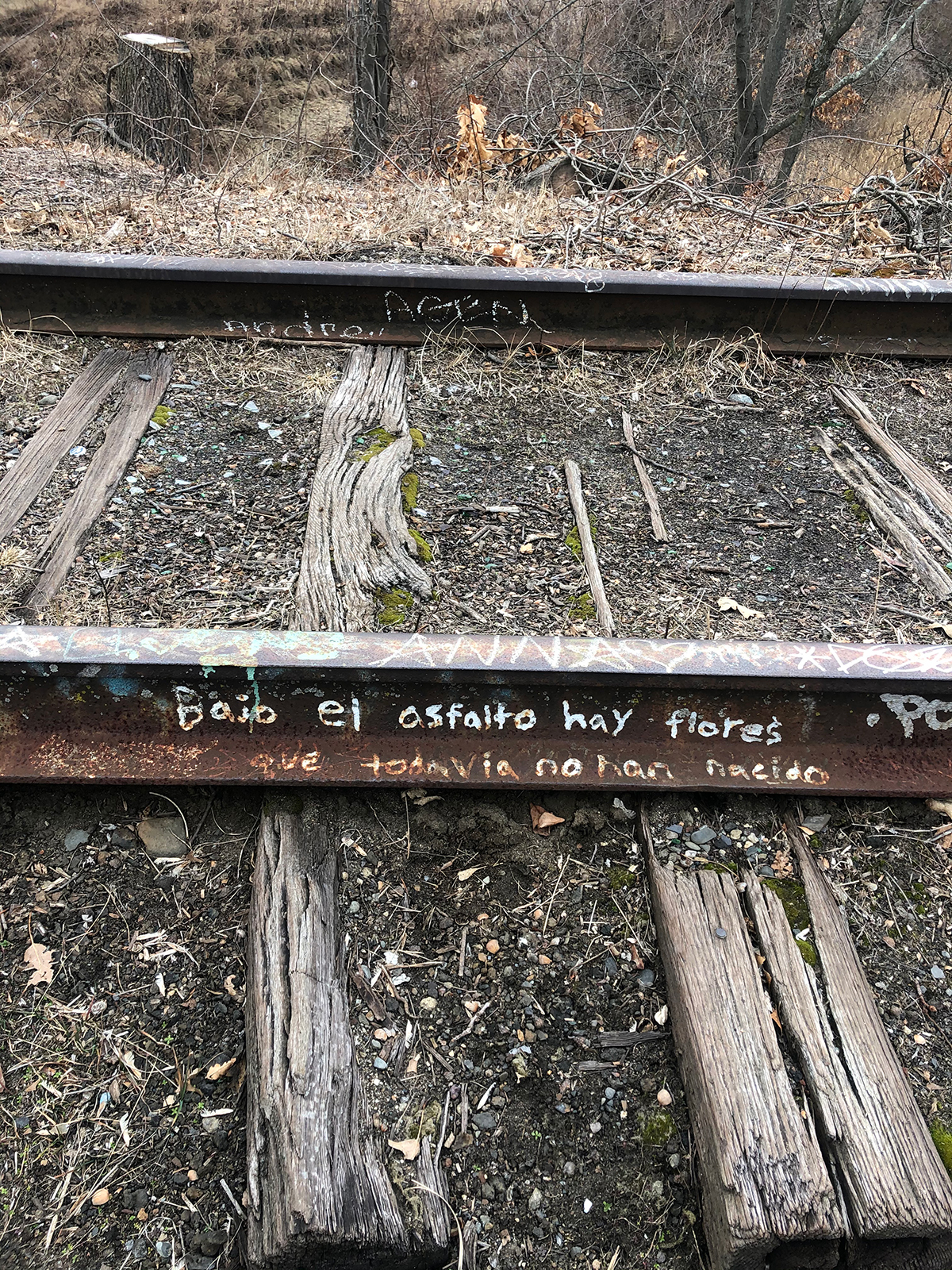 If this poem had peripheral vision, what would it see?

The eaves under remembered buildings, or buildings we forgot to remember. An overhang of that roof lightly over the void.

If this poem were a body, how would they move through the world?

Awkwardly, fragmented, in a new light.

Share five words, phrases, or images that invoke how this poem acts on/through your body.

Do you imagine this poem will act similarly toward other bodies?

Jen’s poem is from laws

Dystopia Diaspora How to Build Language JusticeListening with our Tongues