COHERENCE FOR ONE AND ALL

Arcosanti is an experimental town about an hour north of Phoenix, AZ. It was conceived by the Italian-American architect Paolo Soleri (1919–2013) and construction began in 1970. Soleri coined the term “arcology” to describe his building ethic. I best understand arcology as a response against rapacious systems that aim to make human life marginally viable — i.e. anti- capitalism. 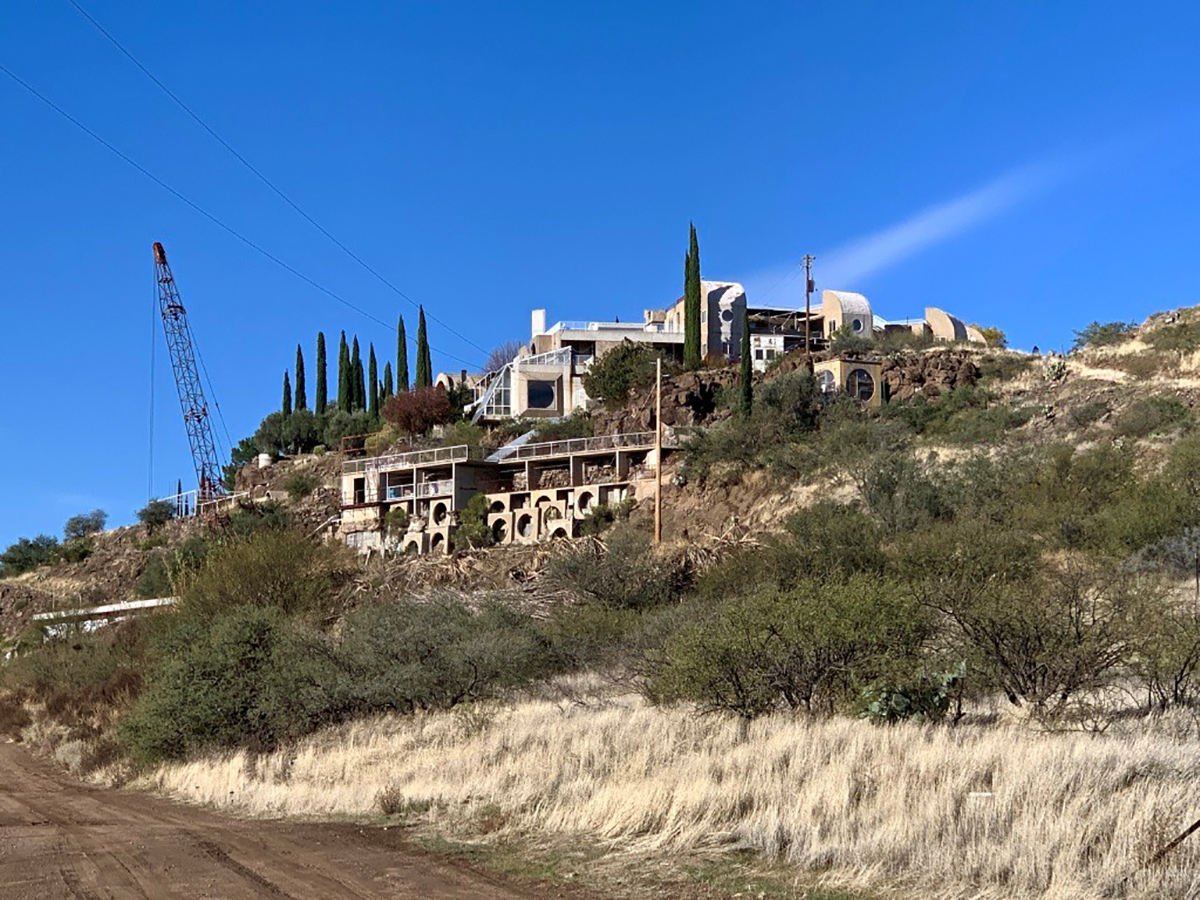 My partner and I spent two nights in the experimental town, which seems to be called both Arcosanti and Mayer – both abode well. The trees of columnar stature are Italian Cyprus. Those circular windows he prefers create a space away from what I realized is the essential injustice (meaninglessness, out of touch-ness) of most design – I am a circle and not a rectangle. I am not an architect but a poet obsessed with form. How am I going to get through the window? 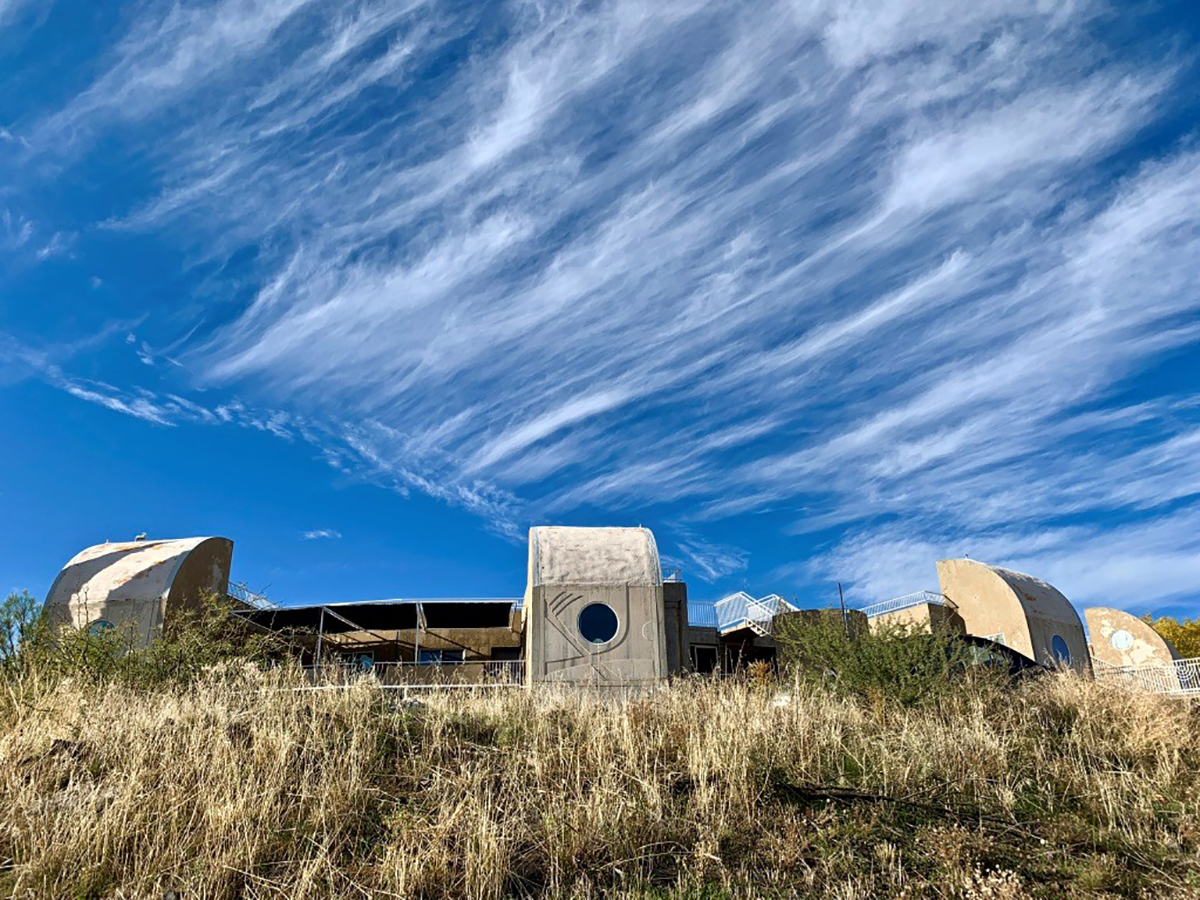 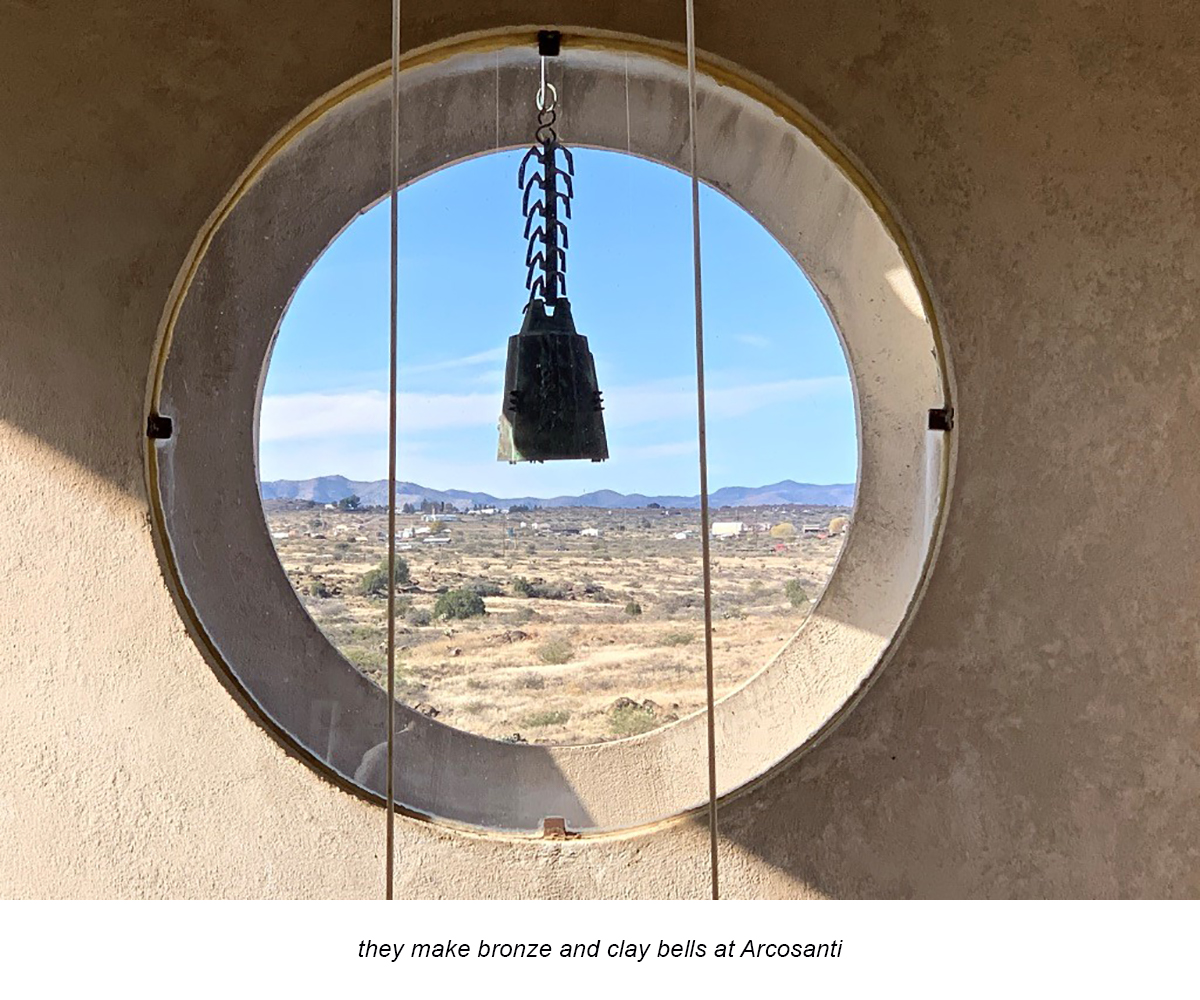 Soleri abided by the question “what if ?” There are no givens, only working hypotheses. By-product over product (process process process). I took dozens of pictures of the crane before learning that the crane’s only function is as a reminder that construction is ongoing. It’s a creative ideal. Soleri is best known for unbuilt projects. The term “cosanti” comes from two Italian words “Cosa” and “Anti.” Their website translates it as “before things” yet I can’t and don’t want to entirely shake off the meaning of “anti” as against. 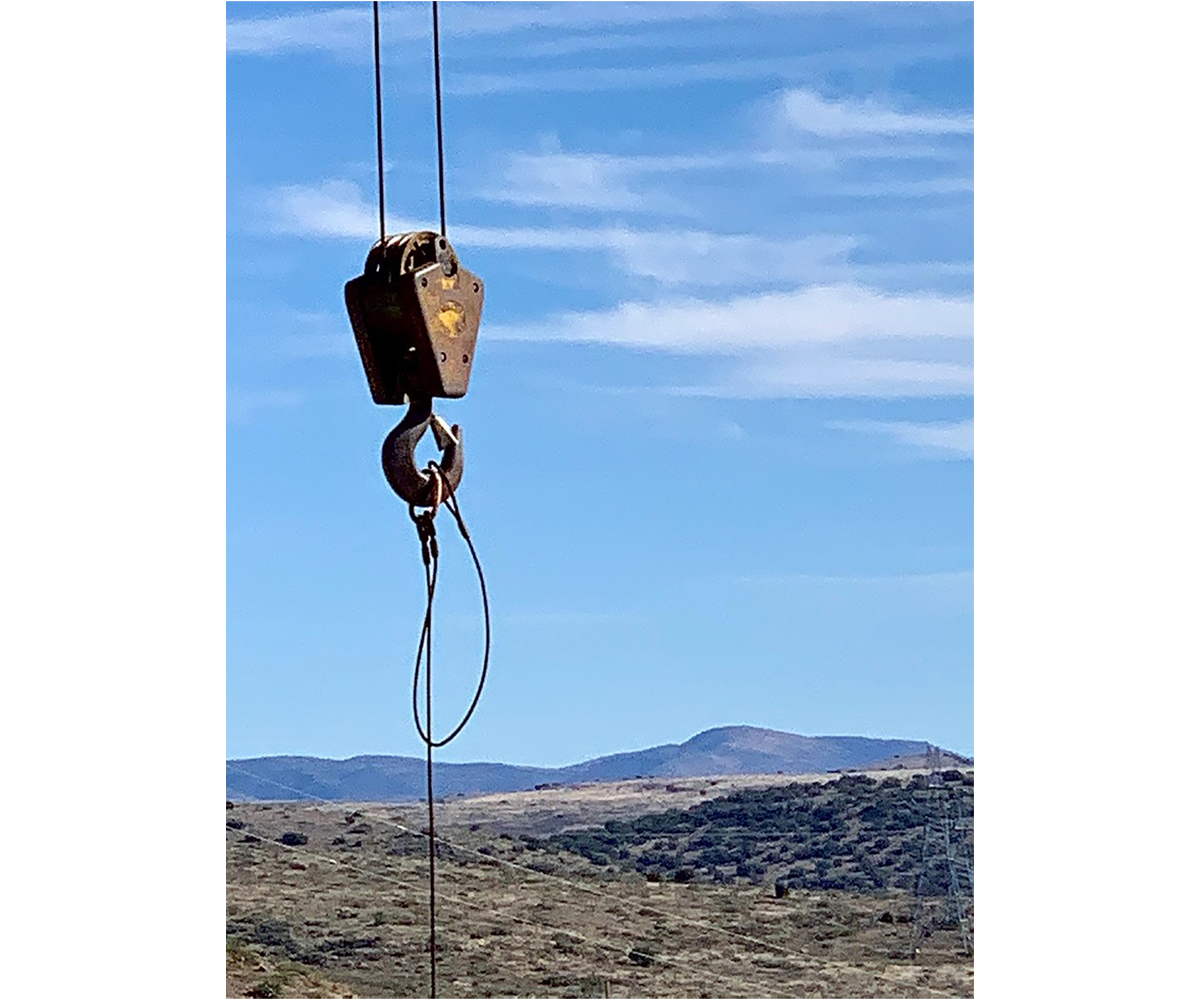 I’ve been making my way through the anti-poems of Chilean poet Nicanor Parra’s (1914-2018) (primarily as anti-translated by Liz Werner and, earlier, by Miller Williams). Anti-poetry subverts established notions of how we understand poetry. It provides new encounters, and thereby, energy, for poet and reader, versus canned ones. 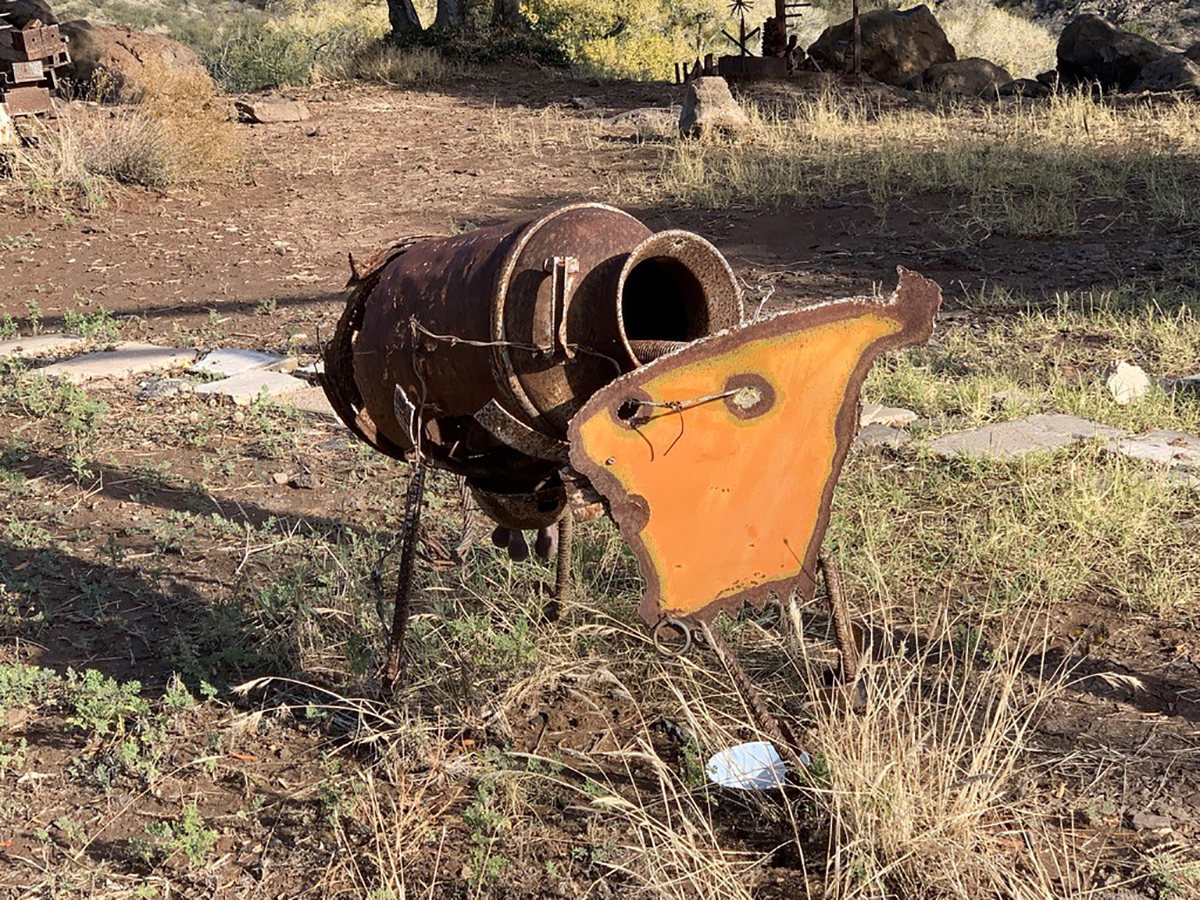 What is possible when we are direct in language and nonviolent in communication? What if we become anti-metaphor/anti-literary device? Metaphors create distance between components of an event. They separate. What if we make poems that are by-products of process and not products? Soleri cared about this kind of frugality. Art that feels good but lacks integrity can actually create underlying despair. 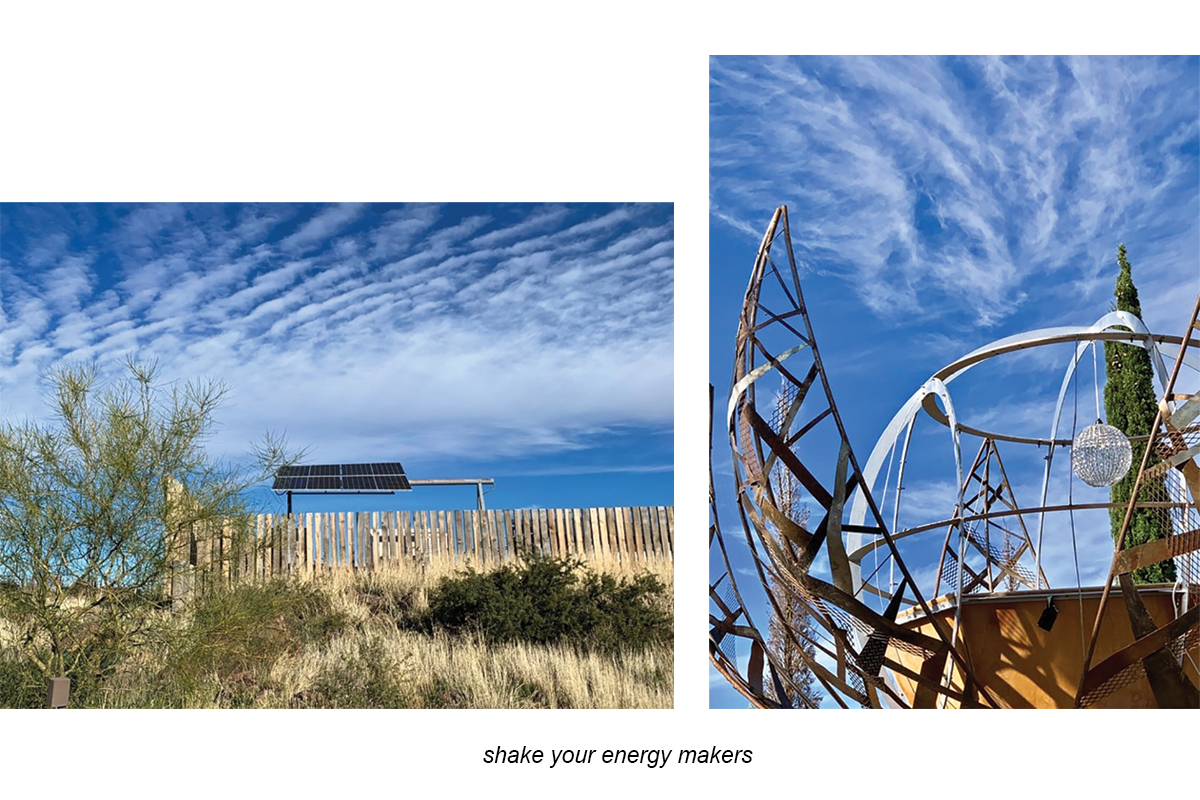 Arcosanti’s vision “is to seek equitable and sustainable relationships between human activities and the Earth’s ecology.” Among Soleri’s writings, there is a section called “The Love Project.” My project-loving eyes widened. You can sense the crane in the hypothetical landscape of his thinking about love, actually more of a cosmos – the unsentimental what if. It seems the love he is talking about comes from a hunger for equity and grace. And spirit is anti-delusion achieved/released through the process (the crane) of ongoing self-awareness of our complex needs. 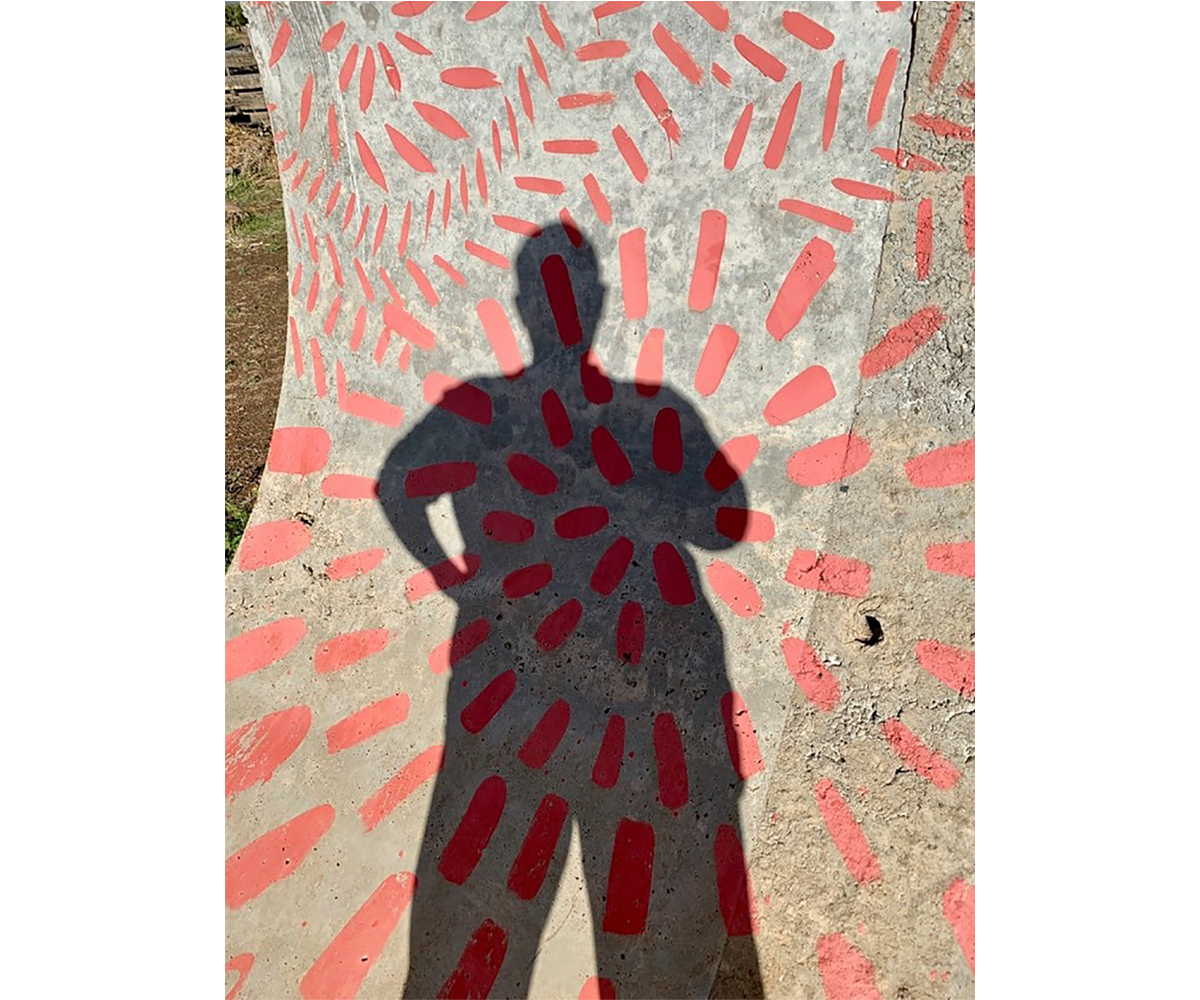