at some point I became (a fiction) 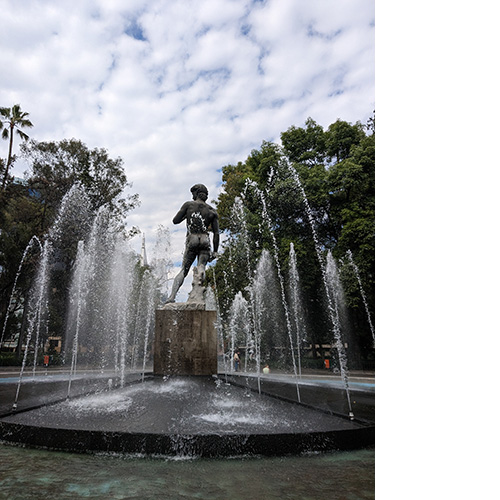 not all gifts are wanted

At some point I became one of them, by which I mean that those who were not among them came to see me as one of them, while they themselves, and I, knew this claim to be a lie.

A useful lie. Useful to them, to me—as if usefulness is the measure of anything. You say But isn’t it, But what is left for us to trade? You have hoarded usefulness, as have the rest of us. You have tended it, and you like the way it smells. You find its edges to be smooth and easy to run your hands over, you find its surface complete and charismatic, now and then you test the softness at its core with a gentle pressure from your palms, the way you’d give CPR to an infant. Your usefulness spits up in your face, and you smile.

Then this isn’t for you. Then you should do something else with your day. It’s beautiful out. The cherry blossoms are half on the ground. Find some still clinging to branches, let them fall on your hair and shoes. Close your eyes and turn your face to the sun, put your arm around your seldom-seen friend, stick your hand in the back pocket of your lover’s jeans, stroke the fuzz-headed babe strapped to your chest like a bomb. Breathe in through your nostrils, out through your mouth. Make the sound you make when you’re letting go of something. My sound is “hrrrmmmm.” Yours is “fffftttttttt” or “cchhhhhhh” or “lllahhhhhhh.” Whatever it is, it’s okay. Your sound is okay. The sun is okay and the cherry blossoms are fine, even the dead ones. Even the ones that are about to die. The lie that made me one of them is like those blossoms, and it’s like the sound you just made. The lie is your okayness. I understand: until it spent itself, it was also mine.

I experienced this thickening in conversation, both with them and with those who had come erroneously to see me as one of them. In conversation with them it was uncanny, as when I encountered one of them at the coffee-pod machine and was asked if I planned to sign on to a particular initiative that was in their favor, asked in a way that made it clear I was expected to vote for the initiative, that I had already been counted among the votes supporting the initiative that was in their favor. What was uncanny is that I had not been in attendance at the meeting at which my vote must have been counted in anticipation, at which my agreement was tacitly anticipated. I was not invited to the meeting because I am not one of them, but they counted my vote in support of their initiative just the same. They counted me as one of them and as not–one of them at the same time. If pressed, they would not say that they thought I would betray the rest of us who were also not-them. They would not suggest that I was a traitor. If pressed, they would suggest that they had forgotten I was not one of them, that they felt I was their equal in all important ways and therefore they sometimes got confused themselves about whether or not I was one of them. If pressed, certain of them may have said that there was a general assumption that one day I would certainly become one of them, that both I and they felt this to be an agreeable if not an inevitable state change lurking somewhere in the near-to-middle future, and that when they counted my vote in favor of the initiative that supported their needs over the needs of the rest of us, they were simply letting their reasoning run a little bit faster than lived time, they were just operating a little bit ahead of reality.

If pressed, they might bring up the metaphor of déja vù, in which the movement from perception to understanding is temporarily and aberrantly reversed, so that understanding precedes perception, so that when perception arrives at a delay it is felt as a repetition of itself. One of them might even provide a lengthy science-based explanation of déja vù that goes beyond the standard layperson’s version about understanding and perception being momentarily and aberrantly reversed. One of them might provide a diagram corresponding roughly to the science-based explanation of déja vù in an attempt to justify their presumption that I would vote in favor of the initiative that, because of the way in which it allocated resources from on high differentially (among other forms of differential treatment), unified them against the rest of us.

But they would not be pressed. They would not be pressed by me because of the uncanny nature of the encounter, which would cause a real delay, not the glitchy delay of déja vù but a real delay caused by multiply sourced and longstanding habits of interpersonal relations to which I would become a helpless victim in the moment, and because this real delay, though it shames me to admit it, would prevent me from pressing them. And they would not be pressed by others because there would be nobody else present at the coffee-pod machine or in the hallway just then, at least nobody else who was not also a helpless victim to habits in the moment, or who was not themselves momentarily confused as to whether they were one of them or one of not-them, to press them on my behalf.

[I wrote this piece, which goes on for another 4,000 words, in a feverish 24-hour period before a reading about which I was nervous, at Small Press Traffic in San Francisco, with Tonya Foster, at the invitation of Samantha Giles, in 2019. My last reading before in-person readings halted for a while.

[I was used to periodic flushes, sometimes lasting months, of adjunct rage, which I would then bottle up and put away while I focused on the parts of my two teaching jobs that I loved: the students, my colleagues, even (I counted myself lucky) my immediate supervisors (my chairs).

[I began it as an essay, or as a piece of nonfiction writing (every word of it was true), but when, weeks or months later, I gave it over to publication, to a very new chapbook press, MO(O)ON.IO, which would produce it in a very small print run, I framed it as a fiction.

[Or, I recognized it as fiction. It’s not true that every word of it was true. There is no coffee-pod machine, for instance. When I imagined the scenes at the imaginary coffee-pod machine, I imagined imaginary people, not people I know. I made the speaker, the character narrating the piece, a full eight or nine years older than I was at the time. I realized I was writing a true story about my future, if I could not figure out a better way to handle my adjunct rage.

[When I read it aloud, someone I knew very slightly who came out for drinks after the reading wanted to talk about the experience of being the age of my character, resulting in a strange conversation that made me self-conscious about how old I must appear.

[What is true is that I couldn’t write it as a think piece, I could only write it as a think-y piece. What is the difference? Maybe this question is partly answered at the end of the piece itself, where I found myself writing about some of the origins of what could be called my imposter syndrome, which, as I climbed the adjunct tenure ladder at one of the institutions where I teach, increased in size and intensity, forming an uncomfortable adjunct to my ordinary adjunct rage.

[My adjunct rage is ordinary but is not simple, because my adjunct position is not simple, and because my position outside of being an adjunct, my position in terms of class and race and gender and ability, is not simple, by which I do not mean that it is special. The fiction I wrote is not simple, but it is simple enough that several adjuncts came up to me after I read it aloud to say—even though adjuncting isn’t mentioned in the piece, even though teaching and classrooms and institutions aren’t mentioned in the piece—something to the tune of Fucking adjuncting. As I write this, I’m on adjunct sabbatical (send me a note if you want to know what that means). I’m grateful to my union, and I think my union has to change. I’m moved by the strikes, the strikes, the strikes. I want nothing more than the ultimate strike. Or is it nothing less? I never know how to describe the most boundless of desires. 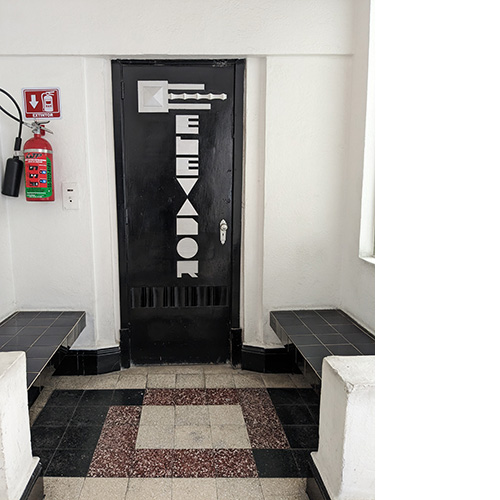 [Now that I am re-reading, with the intent of revising the piece I wrote in 2019, around the time that I was receiving or was about to receive adjunct tenure, but full of rage at the conditions that remained, for me and for my colleagues, for my comrades and my friends (job security is not everything; wages are something), I am struck by the violence of the language. The language is violent in a reflexive direction, the violence is directed toward the narrator, whom, as I now recall, I imagined as my probable future self. The violence derives, in part, from my tendency to repress my anger, a tendency I now see as related to adjunct rage, related to the non-simplicity of my position, and also related—perhaps—to my fear of the essay form, which, especially in its relation to imposter syndrome, is something I am trying to think hard about these days.

Thank you to the editors of MO(O)ON.IO for publishing At Some Point I Became (a Fiction) and for agreeing to my excerpting it here. At some point it may become available elsewhere as a longer fiction.

Please read Hillary Plum’s hole studies from fonograf editions, a recent model for the fearless address of many things, including something akin to adjunct rage.

fear of translation, or, confessions of a translator (a beginning)draft resolve revise"HOW DO WE COMPORT OURSELVES TOWARD THE ENEMY WHEN THE ENEMY IS US"NOTES TOWARD A NEW NOVEL (PART II)