Last week I shared some notes about writing and constraint and spending the day writing with children. For us, second grade is all about seeing both the limits and the beauty of constraint— all you have is what you have. From the starting place of ‘what you have’ what can actually emerge becomes almost limitless. The first form we work with is the acrostic, which is a poem where a vertical word runs along the side and the entire poem becomes a claustrophobic meditation on the acrostic word. Any word can become an acrostic poem— needle, ultimate, cobra, octopus, shepherd. I can best see this limitless quality of acrostics when two kids choose the same acrostic word but end up with entirely different poems.

If you’ve never written an acrostic, maybe you’d like to try. The first step is choosing a word that you feel drawn to, something that you know enough about so that the poem makes a world inside the word. In second grade, we always talk about how if there are enough details that dazzle, then you never need to repeat the acrostic word inside the body of the poem. Here is a recent acrostic I wrote for ‘blueberry’:

Us in. The rays ripen the

Eager fruit, clustered in a

End of July, I am

Ready to pluck the fruit. I finish a handful and

Race right back for more.

Yesterday I gobbled the last ones.

The word ‘blueberry’ only appears once as the acrostic word and then it’s not mentioned again. Instead, there are other images that show the berry: the ‘clustered in a bouquet’, the ‘summer sun lingers and lets’, the ‘...ready to pluck the fruit.’

The poems that really sing are the ones where the kids have time to return— line by line— and think about each word that makes the poem. Together all the words make the poem and there’s an economy to the acrostic that weights the words. What would the first line in ‘Blueberry’ be without ‘summer’? Would it matter if it were just the sun and not the ‘summer sun’? When we read this poem as a class, we lingered over the word ‘gobbled’ for some time, brainstorming all the words that mean ‘eat’ and thinking about them on a continuum of need and urgency. ‘Gobbled’ feels like it’s at the far end of that continuum (and maybe lingered or savored is at its opposite end). What would the poem be if the line were ‘Yesterday I ate the last ones?’

If you’ve never written an acrostic, maybe you would like to try. The cousin of the acrostic is the mesostic (which we sometimes talk about in third grade), where the single unifying word runs down the center of the page. Here’s one I wrote for the kids: 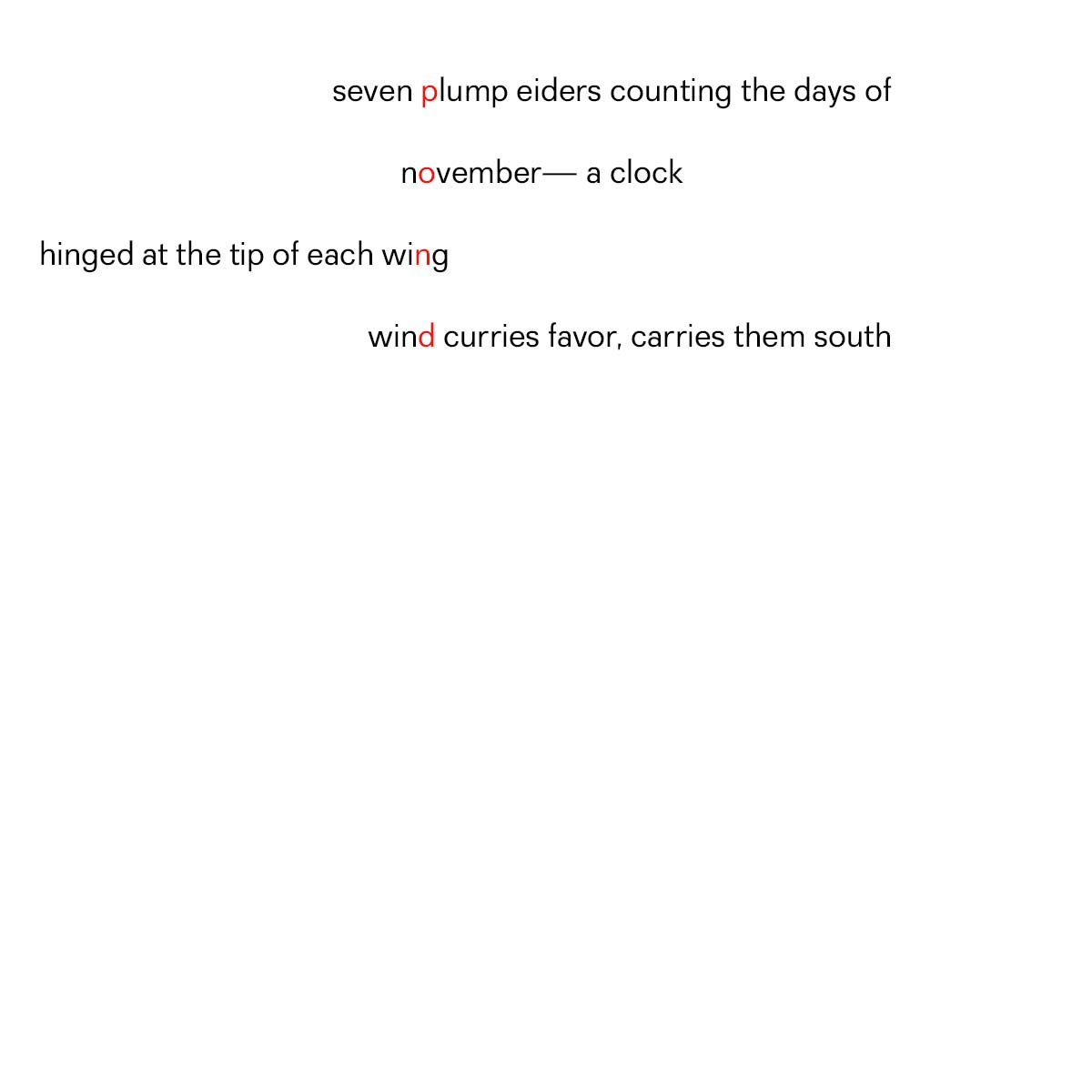 The luxury of constraint: writing poems with seven-year-oldsOppositionsInterview: Into a "Withness" How to Build Language Justice